Robert J. Richards Sr. and his wife, Jeanne Richards, started EPA Financial Services in 1977 as a way to help people like you and your family pursue your financial goals.

Upon graduating from college, their daughter, Heather Richards-Barone, taught elementary school. After a few years, something called her back to the job she started while in high school. Heather joined EPA Financial Services full-time in 2003. From 2003 until 2015, Heather worked hard doing double duty as vice president of operations and an advisor. In 2015, Heather took over as president of the company.

Bob is a lifelong resident of New Jersey, except for two years on active duty in the U.S. Army in Korea and Fort Meade, Maryland. He has lived with his wife of 53 years, Jeanne, in Toms River since 1974.

Bob attended Woodbridge High School from 1958 to 1962. After that, he was a member of the 200th-anniversary class graduating from Rutgers University in 1966. At the height of the Vietnam War, he entered the Army upon graduating and was sent to Korea, where Jeanne joined him for his service there.

After being honorably discharged, Bob worked for E.R. Squibb and Sons, and Seatrain Lines until 1972. After graduating from Seton Hall University with an MBA, he took a job selling life insurance for Aetna Life and Casualty. In August 1972, he was sent to its first financial planning school and fell in love with the profession, and has devoted his career to helping others realize and achieve their financial goals. Along the way, he attained the prestigious Chartered Life Underwriter® (CLU®) designation.

In 1982, Bob became one of the first 400 CERTIFIED FINANCIAL PLANNER™ professionals in the country (there are now between 80,000 and 100,000 CFP® professionals). Wishing to share his knowledge and experience, he and Jeanne, along with their daughter, Heather, have hosted the longest-running financial talk show on the Jersey Shore on WOBM–AM. The show can be heard every Saturday at 9 A.M. on 1160 AM and 1310 AM.

Bob is an avid softball player and travels all around the United States playing the game he has loved since childhood. Although he and his teammates have won several world championships, his highest individual honor was being inducted into the senior softball hall of fame in 2005.

Bob has coached boys' baseball, football, and basketball, and when Heather, an all-state pitcher at Toms River North, had no place to play, Bob helped form the Monmouth Ocean girls' softball league. His coaching philosophy is much like his outlook on life: “We never lose, we either win or we learn, but we never lose, unless we give up." 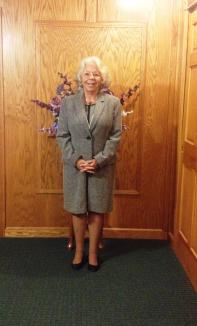 Unfortunately, Jeanne passed away September 2021.   She is missed by all that had the privelege of knowing her.  Mostly though, she is missed each and every day by her family, Bob, Heather, Anthony, Michael,  AJ, Thomas, Hilary, & Malcolm.   Undeniably,  Jeanne's dedication and vision has made EPA Financial Services what it is today and we are forever thankful for her guidance and encouragement. 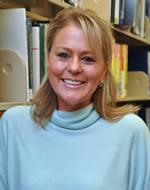 Heather grew up in Toms River, New Jersey. She graduated from Toms River High School North in 1991, where she was a two-sport standout as a varsity field hockey goalie and a varsity softball pitcher. Upon graduating from the University of West Chester with a bachelor’s degree in education, Heather went on to teach in the Toms River School District for several years.

Heather married her husband, Anthony, in 2002, and they have two incredible sons together, Michael Robert and Anthony James (AJ). AJ attends the same elementary school Heather did when she was in school and Michael attends Donovan Catholic High School, where he is on the football and powerlifting teams.

In 2003, Heather came back to work with her mother and father at EPA Financial Services. At first, Heather ran the office as the office manager, and, in 2015, she took over as president of EPA Financial Services. Heather enjoys what she does and loves what each day brings. Heather can be found at the office on the weekends, helping our clients with items that need attention because she loves solving our clients' problems. Heather has proven time and again that she is the best multitasker around.

During her free time, Heather loves researching, playing basketball with her sons, playing with her three dogs (Blueberry and CC,  barbets; and Atika, a pug), and spending time with her family. Anthony and Heather are often hosting some sort of celebration or gathering each weekend because they love to have their friends and families all together. 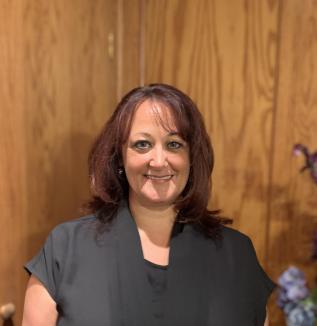 Bridget grew up in Toms River and graduated from Toms River High School North in 1991, where she met her then high school sweetheart, and now husband John.  While in high school she played flute and piccolo in the band and was named Drum Major her senior year.

She attended Ocean County College and earned an associate degree while helping run the family business and working in the financial industry.  Bridget was an assistant to several stockbrokers at Dean Witter and then later joined MON-OC Federal Credit Union as a loan officer.  She then entered the dental field for many years working as a treatment and financial coordinator for an orthodontist.

Bridget has three boys, John Luke and twins Michael and Ryan.  While the boys were young, Bridget owned and operated a cleaning business so she could have a flexible schedule for her and her husband to raise the boys and volunteer for all their many activities.

In June 2020, Bridget joined EPA Financial Service and is now in the process of becoming registered. In December 2020, she passed her SIE exam and in June 2021 she passed her FINRA Series 7.  Bridget also passed her Series 66.  Bridget is also a notary public.